The nineties are considered to be one of the best eras for music in history. In many ways, it was the best time for music. Rock n Roll was still at its peak, rap was just making its way into mainstream popularity and beloved artists that we now hold dear were making their dawning performances in this decade. Unfortunately, there are many bands that didn’t receive the same love and devotion that other bands received from their fans. That’s why today we bring you the top ten under-rater alternative rock bands from the nineties. 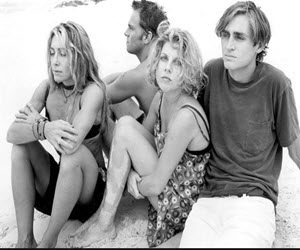 Belly is remembered for their one hit wonders. In their career as a band, they only released two studio albums, both of which are worth your time. Feed the Tree got a fair amount of playtime on MTV, leading to their debut album becoming gold.

Morphine was one of those bands with a distinctive sound, making them unique to all the other alternative rock bands of the decade. They incorporated jazz and funk into their songs, making them a hit with European audiences. None the less they never made is past the success of indie rock college radio stations, leading the band to fade away.

Classified as a Rock Band, their songs have elements of not just jazz but also the blues, metal, and grunge. Often their considered one of the unique sounding artists in the decade. They achieved instant success with their debut album, only to continue to reach higher success amongst the youth. Currently, they are in the process of developing a new album set to be released late this summer. 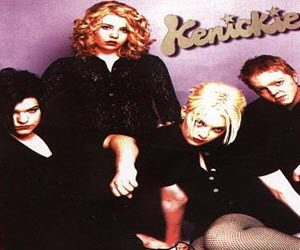 This band comes from the North East of England. This four-piece band named Kenickie released two full albums in the mid of the 90s. They were wonderfully energetic and created mass hysteria amongst the youth in Britain. Currently, the band isn’t together anymore, one of the band members is a lecturer at a university while another is a chief executive at another university. Seems rock n rollers have credible intelligence.

The number one most underrated rock n roll band of the 90’s in Mazzy Star. This band took the stage to new levels with their dreamy, psychedelic sounds. It transformed the environment of the venues they had and created an essence of love. The band is currently back together and releasing a new album for 2016 after once again splitting up for three years. This wasn’t the first time they split either, in 2000 they split for ten full years.

There will always be a love for the famed rock n rollers of this era like Bon Jovi or Blink 182. Underrated bands such as these ones are the bands that helped define the genre of alternative rock. It was from their sounds that more beloved artists would gain inspiration. Bands like Belly, Candlebox & Mazzy Star will never be forgotten either. These are the top five most underrated bands from the nineties.