Echo Collider is a progressive rock n’ roll band that originates from Kansas City. This band, originally formed on November 6th, 2012 has been able to gain popularity fast in their genre over the last four years. Their ambient, post-rock and progressive rock influences have allowed for them to grand a unique sound that they can call their own. Bryan, Matt, Derek, RJ & Matt all lead the way in this triumphant sound. 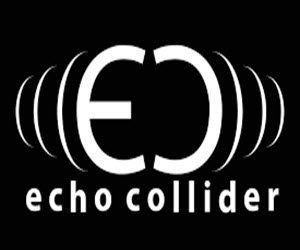 The rifts crafted by the collaboration of all their instruments has heads banging, bodies twisting and hands shaking. Their soundscapes are deep and will make the mind float else where in a short period of time. Recently the band has been able to start making their way out of the shadows and into the limelight of their genre with the release of their first album “Shades of Red”.

The band has been continually making milestones with social media by collecting new fans and having older fans spread the word out. This is, unfortunately, the only way that a band can become famous without the need of someone backing them up with money. They’ve got a twitter, Instagram, website, YouTube account, Gmail and a Facebook account that they can be reached at. Facebook is their most active of the six. They’ve currently got five hundred and two fans with that number going up at a rapid rate. Their response to loyal fans at this point in time is frequent enough that the sense of community is evident amongst fans and band members.

On August 12th, 2016 the band will be heading to the “All Star Presents: Maximum, Autumns Fall & Echo Collider” which will begin at 8pm in Kansas City. We wish the band the best of luck in their upcoming efforts, they are one of the most recent bands on the scene and as they continue to grow their music will as well. This is a band that’s destined for greatness & popularity amongst the masses.