Tim Branom, one of the fastest rising stars in Alternative Rock has gained exposure that millions of musicians wish for. He is an artist, a producer and a performer that will become one of the dawning names of the future in music. Those whom already have become a part of the adult alternative rock genre know of whom this young man is and for just how long he has been a part of the industry. Before ever trying his hand at being a musician himself, he was a music producer & a writer for other musicians. The first time he ever produced was back in 1986 with “Alice in Chains”, it was one of his early demos. Now he works alongside famous artists to bring new albums to their fans. 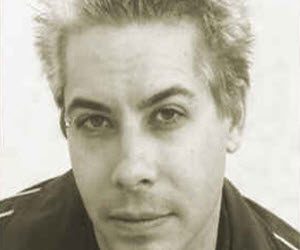 Mr. Branom has his own music label called “Laserlight Label”. The label has already produced three albums which have collectively sold two hundred and fifty thousand copies each. This has turned him into a sought-after producer. He’s even produced film and television working with the Tonight Show, MTV, Wheel of Fortune, Delta Entertainment and many others. As an individual man he is credited on over five hundred different albums as a producer, a musician, editor or writer.

Currently this young man who still has decades left in the industry is working on a new solo album that will be released later this year. All of his previous efforts can be found on Spotify or Apple Music. Those wanting to be more involved in this musician’s career can watch his web series that released back in 2011 called “Six Degrees”. The artist can even be seen as a backup musician in one of the episodes for his biggest fans.

There are no limits to what this man can accomplish. He has been working as a producer ever since 1986 where he was only a young teenager. Now as a young adult man nearing his mid-thirties, he is still young and still has a long life to live. His popularity in the alternative rock genre is only going to continue to grow progressively to unimaginable amounts. There have been reviews and even famous musicians who have compared him to Paul McCartney or Lenny Kravitz. It seems from all accounts that he is well on his way to reaching that level. We wish Tim Branom the best of luck in all his future endeavor’s as he moves further away from being a producer and closer into being a musician.