Alternative Rock n’ Roll, one of the most popular genres of music around the globe isn’t slowing down in its popularity. Instead, hundreds of thousands of new individuals listen to the sounds of various bands that have influenced the genre. Artists that have been able to create a sound that was unique to their image & has been able to define a generation with their lyrics or live shows. Today we’ve compiled a list of the five greatest bands to be a part of this genre. 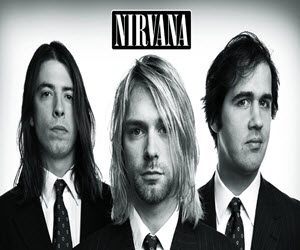 Nirvana is unlike any other band in history. The song “Smells like Teen Spirit” is one of the most famous and generation-defining songs & Kurt Cobain is still considered to be the leader of the alternative rock movement, even in his death. The band originally started off as a grunge band in a garage during 1987, quickly they rose to popularity. It wasn’t until 1994 when Kurt Cobain committed suicide that the rest of the band ended ties with one another.

Linkin Park, an American rock band that originally is from Agoura Hills in California first entered the scene back in 1996. Still to this day they are a band that tours yearly and releases new albums every few years. The band consists of Chester Bennington, Brad Delson, Dave Farrell, Joe Hahn and Rob Bourdon. Each of band member has been able to gain substantial solo success thanks to the mass popularity of their band.

There aren’t many bands in the world that have been able to impact a generation like Green Day. Their punk alternative rock sound related to millions of teenagers and young adults across Northern America. Songs like Basket Case, American Idiot, September and many others are beloved songs that are still played hundreds of thousands a time each day. Green Day is the third best band on our list and for good reason. Currently, the band doesn’t tour as much as they once did. 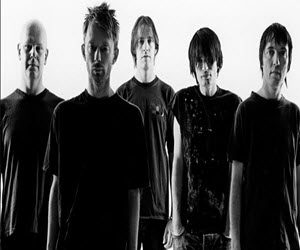 Radiohead is a British based alternative rock group that started in the industry back in 1985. This band defined the 90’s with their raw, unique and symphonic like sounds. The band consisting of Thom Yorke, Jonny Greenwood, Colin Greenwood, Phil Selway and Ed O’Brien will still occasionally hold benefit gigs or hold a small tour. This is incredibly rare though as each member in the band is far older than they were in 1985.

Coldplay isn’t our number one position because of their music. Each band listed above offers better albums then Coldplay. The reasoning behind them being number one is because of their immense popularity. They are one of the few bands that brought a mass group of people over to the genre of alternative rock. If there was a Justin Bieber for Alternative Rock, then it would be Coldplay. The fact is though that they’ve been able to make this genre of music remain popular for a number of years which is why they get the top spot.